Space Jamz is a fresh hot new brand started in 2013 by R.T.P. Da Dream(online worldwide underground mc and producer) who has been rapping since 1998 when he was 9 years old and made his 1st song on a tape recorder, but to be big in hiphop it 1st became his dream in 1996 when he was 7. he has been been producing since he was 10 in 99'  when he made his 1st beat. you can now buy  songs and albums from R.T.P. online worldwide starting from 2010, for older album are no longer avaliable how ever a few old classic tracks you can still get going back to 2006.we define our life, our mind body and soul , by this thing we call music. customer satisfaction guarauntee for music production.we mostly produce hip-hop including rap and rnb beats but can produce other styles as well.Pretty much anything u can imagine we can make into Space Jamz.Want to find out more about our company? Read what our customers have to say.

Please meet our founder below. We look forward to jamin with you!

The man who started it all. 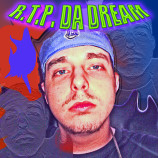 Where to Find Us:

To accomodate our customers' busy schedules, we are open 24/7 with instant downloads and just a phone call or email away. if we do not answer right away we will get back to you within the hour if you call or within the day if u email. Thank you for your patience and support always.